Below is our WUUSAN Board. Please Contact Us here or click the Join Us form to the right. 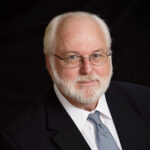 Mark is a New England native who moved to Door County in 2016 to begin his final career as a hospice chaplain.  Prior to ministry Mark worked for IT companies designing customer application training.  Mark received his MDiv from Andover Newton Theological School, was ordained by First Parish in Concord, MA, and became a Board Certified Chaplain in 2020. Mark has been active in racial justice issues and prison ministry for the past 25 years. He is devoted to Christina, his wife and partner of 46 years.  Mark is a gardener and a traveler who stays close to the ground. 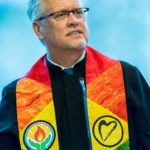 Reverend Jim Coakley serves as our vice president. His regional ministry serves four Unitarian Universalist Fellowships in Northeast Wisconsin: Appleton, Fond du Lac, Green Bay, and Stevens Point. He is a graduate of Meadville Lombard Theological School with a Masters of Divinity and was ordained in 2016. 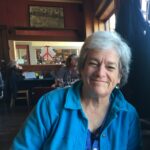 Molly Plunkett hails from Madison and Prairie Unitarian Universalist Society, which was for many years a lay led congregation but has had part time ministers more recently. She is Co-Chair of the Social Action Committee which has had a focus on homelessness. The Prairie UU building has been under renovation since 2019 and Prairie UU is now is hosting zoom services.  She retired as an attorney from the Dane County Corporation Counsel’s Office.

Penny Robinson, Board Member at Large 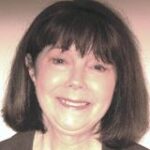 Penny Robinson is a member of the Fox Valley Unitarian Fellowship in Appleton, where she currently chairs the Justice Action Ministry (JAM) Facilitators. She has also served in leadership positions in ESTHER, an interfaith community organizing group and on the board of the Appleton LWV. Penny has experience teaching high school English and in public relations journalism. She envisions WUUSAN as a leader in uniting and organizing WI UU congregations working for much needed social justice throughout the state.

Jim Black,
Board Member at
Large 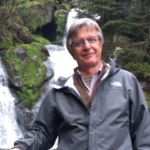 Jim Black is a retired attorney who limited his practice to workers’ compensation and Social Security Disability. He is on the national Board of Directors for the Unitarian Universalist for a Just Economic Community, has lead the Just Economic Action Team at his local UU congregation in Ephraim Wisconsin, helped create Door County United to Amend which seeks to undo the effects of the SCOTUS ruling in Citizens United v F.E.C. and is on the EAA Government Host Team. For recreation he flies airplanes, hikes, bikes, kayaks, cross-country skies, and snow shoes. He and his wife, Trish, of thirty-eight years live in Sister Bay Wisconsin. They have three adult children. 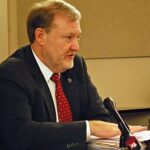 Arthur K. Thexton, an “upraised UU”, is a solo practitioner at Thexton Law Offices in Wauwatosa, Wisconsin. He graduated from Beloit College in 1972 cum laude, having double-majored in economics and sociology. He then attended Meadville/Lombard Theological School, and received a  J.D. from the University of Wisconsin Law School in 1977. Mr. Thexton’s public service includes having worked as a city and county prosecutor, as an elected District Attorney, a police officer and police science teacher.  From 1991-2015, he was a Prosecuting Attorney for the Wisconsin Department of Safety & Professional Services (f/k/a Department of Regulation and Licensing) handling professional misconduct cases involving physicians, nurses, pharmacists, and other health care professionals. In addition to his legal work, Mr. Thexton has undergone hospital chaplaincy training, and served as a part-time night chaplain at Meriter Hospital in Madison for two years.  He served on the boards of the Wisconsin Coalition Against the Death Penalty, and the James Reeb Unitarian-Universalist Congregation (where he was a founding member).

Nancy Lodl, Board Member at Larger 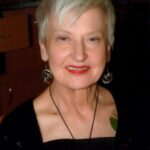 Dan O'Keefe
Board Member at
Large 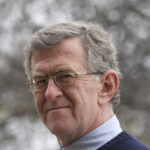 Dan O’Keefe joined the WUUSAN board in 2021. He has served in various capacities with MICAH, Peace Action of Wisconsin, Unitarian Universalist Association and the Religious Society of Friends. He is currently serving on the board of the United Nations Association of Greater Milwaukee. Dan is particularly interested in the process of conflict management and criminal justice.  WUUSAN is way for Dan to share his UU principles. 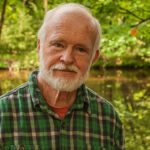 Tom Boswell is a long-time peace activist and community organizer in Madison and a member of James Reeb Unitarian Universalist. He has done congregation-based community organizing in Rock County and the Quad Cities and neighborhood organizing in Milwaukee. He has worked for about a dozen statewide and local nonprofits in Wisconsin.

He is the founder and primary organizer of the Safe Skies Clean Water Coalition, a broad-based coalition opposing the siting of F-35 nuclear-capable fighter jets in Madison and advocating for the clean-up of massive water contamination caused by PFAS use at the Truax airbase.

He studied Journalism and English at Marquette University. His freelance articles, photos and poetry have been published widely, both locally and nationally.