In early 2017 folks from three Unitarian Universalist congregations in northeast Wisconsin gathered at the newly purchased building, which would become the UU Fellowship of Green Bay. Around the unopened boxes and piles of stuff from the previous bank tenant, ideas to form a Wisconsin UU state action network were discussed. Since that first meeting, gatherings have been held at the Green Bay, Appleton and Stevens Point UU meeting places. Over thirty folks from over a third of the UU congregations have, at various times, attended these planning sessions, through which the Wisconsin Unitarian Universalist State Action Network (WUUSAN) was formed. The meetings now are being held via Zoom.

A Mission Statement and a Vision Statement(LINK) were agreed upon. By-laws (LINK) were drafted. Board members were elected (LINK). WUUSAN became a non-stock Wisconsin Corporation and was granted 501(c) 3 status before the IRS. WUUSAN has created a Facebook group (LINK) and a webpage.

During these almost four years of formation WUUSAN lent its voice, in opposition to a “for-profit” prison in Wisconsin, opposed gerrymandering by supporting the Fair Maps movement, supported the Climate Strike and Green New Deal, worked with Building Unity to encourage voter registration and voting, encouraged participation in UU the Vote, and supported the Black Lives Matter movement.

In addition to its work as a portal for UU congregations to share what they are doing to advance social justice, WUUSAN aspires to grow as an advocacy network employing the power of the collective voices of Unitarian Universalists in Wisconsin. 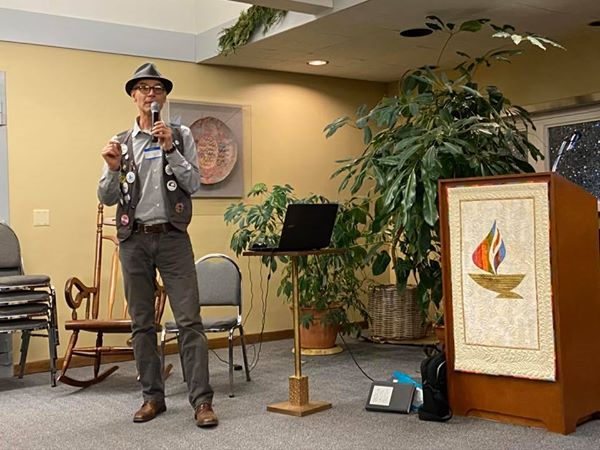